First effects of the pandemic on ESOP associates

On the 15th of July, we had another ESOP Associates Meeting. It took place online, through the Open Source platform jitsi and was attended by ESOP members: Solid Angle, Caixa Mágica, Hopla, Syone, IPBrick, Linkare, Javali e Eurotux, who could discuss relevant topics of the sector.

The first topic to be discussed was the latest advances in the digital government transition, namely in the Portuguese education system. The board presented some ideas and listened the members present.

Then ESOP members had the opportunity to presente a brief of their activities in the first half of 2020, with a very unusual second quarter.

For these associates, remote work was not a problem, many started it even before the state of emergency was declared in Portugal. With the increasing of the instability that was being generated due the Covid-19 pandemic, ESOP members decided to protect their workers and imposed remote work. Some associates already allowed occasional remote work, others already worked on a more permanent remote basis and therefore considered that it was a transition that took place naturally. They faced some challenges, namely at the level of the commercial departments, which had to innovate in the methods, or at the technical teams level, which were in some cases overloaded. In order to ensure that everyone of the team remained articulate and to develop their projects positively, a new way of working with new routines was emerged. The frequency of internal meetings increased, always by calls or videoconferences. But they consider that the work continued to be carried out at the same pace. The fact that employees are at home did not affect their performance.

In terms of the evolution of demand, there was a clear increase in demand of sharing solutions and platforms, which in turn increased concerns about data security.
In fact, in general the number of cyber attacks increased a lot during the quarantine. Partly because the attackable surface has increased, but also because some enterprises did not adopt security measures when send their workers to remote work. Internally, ESOP associates did not report any incidents of this type, but they felt the increased of clients concerns.

The dynamics of society are different, more digital and ESOP members are looking forward to the coming months. ESOP will continue to fight for the concepts of Open Software, Interoperability, Open Standards and Independence of Technological Platforms, always providing support to companies and organizations in the evaluation of Open Source alternatives. 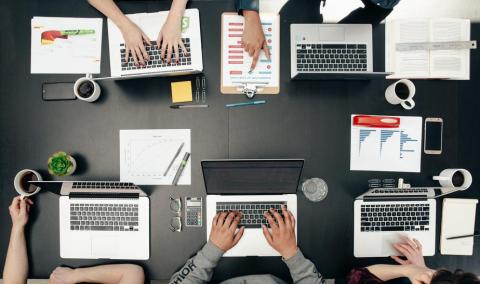 Photo by Matthew Henry, from Burst

Become an Associate
FIND OUT MORE