The study on the impact of Open Source Software and Hardware for the European Commission found that open source software and hardware are key for the region's digital transformation and can be a major boost to the EU’s GDP. 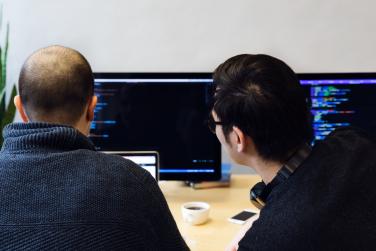 On September 6th, the European Commissionpublished a study on the impact of open source software (OSS and open source hardware (OSH on the European economy, conducted by Fraunhofer ISI  and OpenForum Europe.Full report is available here. The study estimates that open source software contributes between €65 to €95 billion to the European Union’s GDP and promises significant growth opportunities for the region’s digital economy. Toachieve that, the EU should actively engage in a transition towards more openness in its political and investment culture.

Sachiko Muto, the CEO of OpenForum Europe: “Open source offers a greenfield advantage for policymakers and Europe has the chance to lead.” The report recommends the EU to pursue a dedicated open source industrial policy and to include it in its major policy frameworks,such as the European Green Deal and the AI Act. It also recommends setting up a European network of governmental units dedicated to accelerating the use of open technologies, providing substantial funding to open source support mechanisms and projects, e.g.through the flagship Horizon Europe program with a total budget of €95.5 billion for 2021-2027, and following the direction of open innovation in the bloc’s quest for digital autonomy.

To put the results into context, the economic value of open source software in the EU is equivalent to both air and water transport combined(according to Eurostat). EU governments and companies have already noticed the potential of Open by investing over €1 billion in open source development in 2018 alone. The data predicts that if open source contributions increased by 10% in the EU, they would generate an additional 0.4% to 0.6% (around €100 billion) to the bloc’s GDP. To reap these benefits, the researchers point to a need for a profound culture switch and significant investments in open technologies. Several Member State governments and EU institutions have already taken their first steps in this direction, and now the study equips policymakers with necessary evidence to scale up their efforts for the benefit of the EU economy and citizens.